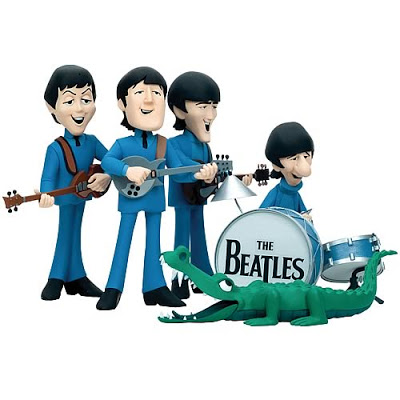 Paul King, who recently directed the animated feature Paddington, is now in talks to tackle Warner Bros.’ animated musical “Meet The Beatles”. This will be an animated family film, which will feature songs from The Beatles’ entire discography and will be shaped around the concept of the “one that got away,” according to sources close to The Tracking Board.

Producer will be David Heyman, via his Heyday Films, along with Jeffrey Clifford. Courtenay Valenti and Racheline Benveniste are overseeing for Warner. The script is by Jay Stern.

The news broke just after the fiftieth anniversary of the first time we got to see The Beatles animated. The Beatles cartoons were screened in the US from September 25, 1965 to April 20, 1969 on ABC Television. It has been said that Neil Aspinall never cared much for the cartoon series in his day, and bought the rights as well as the production prints only to lock them away forever. Lately though, the Beatles’ likenesses in the cartoon series have been licensed off by Apple Corps Ltd for use on commercial products.