Magical Mystery Tour back on DVD? 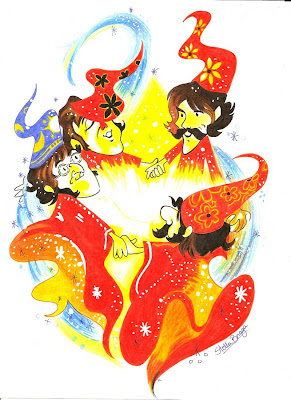 Paul McCartney has recently been interviewed for an Arena special about Magical Mystery Tour, due to be screened around October 2012.

Apparently, they are making a documentary on the film, and apart from Paul and Ringo, only three people who went on the coach are still alive, and being interviewed for the special as well.

It would surprise me if this isn’t a tie-in with the long-awaited re-release of the “Magical Mystery Tour” on DVD (and hopefully Blu-ray) for it’s 45th anniversary in December. Unlike what is the sad case with “A Hard Day’s Night” and “Help!”, Apple sits on loads of unused footage from the film, so there should be a lot of bonus material available.

Along with those other two films, “Magical Mystery Tour” was released on DVD when the format was still new, but only in USA and it has not been re-released since, at least not in an official sense. You may come across pirate versions of the DVD however, also in regular shops.

The wait for a new edition of Magical Mystery Tour has been a long one, meanwhile fans of the film have been busy making their own versions.  A 90 minutes “Magical Mystery Tour Memories” DVD about the coach trip and the making of MMT was independently released in 2008.

About The Daily Beatle

This website is all about The Beatles and the individual members of The Beatles – news and articles. The text is © Roger Stormo, unless otherwise noted. We have no responsibility for links that go outside this blog.